I don't usually put up random bits on this blog, but today I'm consumed with anticipation for the two new Avatar movies! I just looked into the rumors of a "blue avatar" and lo and behold! James Cameron's new film!! Now, Avatar: The Last Airbender, which now is just called "The Last Airbender", is what I would usually associate the Avatar title with, so I'd say James has his work cut out for him - marketing-wise, except for that he cashes in on the first release and now sole use of said title. The Last Airbender is being directed by M. Night, which is also some interesting competition! I'd like to set up a poll on this to see what people expect from the two formidable directors, and who will come out with the better picture....but first I'm going to have to learn how to set that up....soon! And then feel free to vote. For now I'll do my best with info and links to fuel this battle of giants!

James Cameron: Sci-Fi God, "Aliens", "Abyss", "Terminator", "Titanic"
Film- Avatar, which he wrote and directed and probably controlled most of the prod-design.
(Watch Xenogenesis, his student film, because I think he painted the intro)
-release date - Dec. 18, 2009 - currently in post production

M. Night Shyamalan: Story Phenom, "The Sixth Sense", "The Village", "The Happening"
Film- The Last Airbender - Based off of the hugely successful Anime series, "Avatar". The screenplay is NOT written by Shyamalan, but by the creators of the series: Micheal Dante Dimartino, and Bryan Konietzko
-release date- July 2, 2010 - currently in post - giving Cameron's Avatar a wide berth 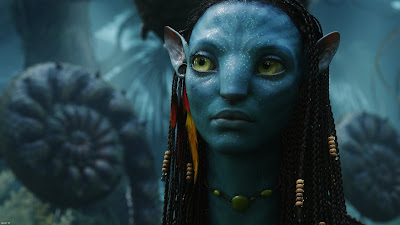 the last airbender - no doubt.

gayyy
last airbender has no chance.
*Fat thief was freak'n crazy....where do you even begin?
I guess that's what 10 years of 2d experience and a crap load of talent gets u.
Hows the work thing going...Ottawa's gonna be booming in the new year..some great shows going on down here. They're looking for people now...you should think about it.

I saw the trailer in theatre and it looked good. Nice use of colour composition.

Great stuff on your blog!!

Thank you for your comment. Very cool blog here. I loved "black sheep", very funny and great designs. Great job on the short too, its very impressive.

i love your stuff
good style
+++

Ha! I think its a great question you're posing, I really don't know which I think will be better. I suppose i'd be more comfortable putting my eggs with Cameron. M. N.S. really lost my support after the village...but who knows, maybe he'll pull through on this.

BTW- I love those african characters. The shapes really rock among the different characters

Heey Adam, thanks for passing by at my blog... by the way you have a lot of great stuff... also best of luck in your film, Later

Be back soon. Thanks for stopping by my blog.

Great stuff on your blog!!