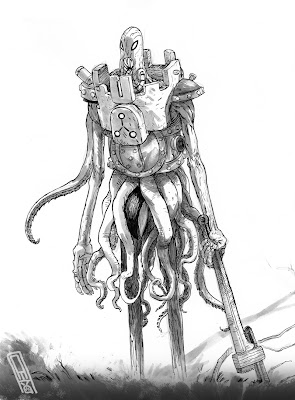 While watching Hellboy -
Posted by Adam Temple at 10:02 AM 2 comments: 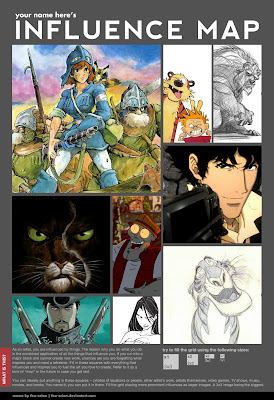 I finally made one of these... an influence map, that is far from complete, really, but I'd need a lot more squares... This represents a lot of the biggest ones for me though. From top-left to bottom:

Hayao Miyazaki - Nausicaa of the Valley of the Wind
Bill Waterson - Calvin and Hobbes
Glen Keane - All his Disney characters and animation
Juanjo Guarnido - Blacksad
Emmanuel Klotz, boards, Albert Pereira-Lazaro directed - Lascars
Toshihiro Kawamoto, designed, Shinichiro Watanabe, directed: - Cowboy Bebop
Enrico Marini - Scorpion
Belladona - Pierre Alary
And last, but obviously more likely most than least - Milt Kahl, the grandmaster of the Nine Old Men, who animated and designed so much of the first golden age of Disney films - his sensibilities were imprinted on me since I learned to hold a pencil.

There's so much great art out there, these things are so unfair. Anyway, that's it. If you haven't seen all of these for yourself - get a move on! 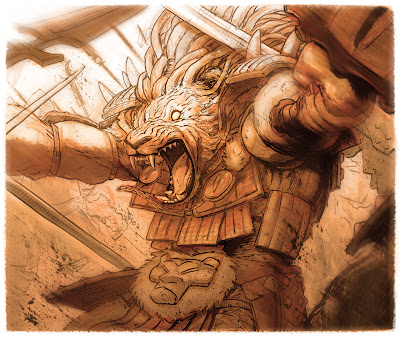 Hey guys! I don't know if you've heard, but it's almost February, and that means Satellite Soda is holding their annual daily-draw-february marathon. I'm going to try to post a drawing everyday. I'm holding off on continuing Can of Worms so that I'll have time, so sorry to anyone that cared! Come join in the fun! I sketched this up as more warm-up for this epic event! 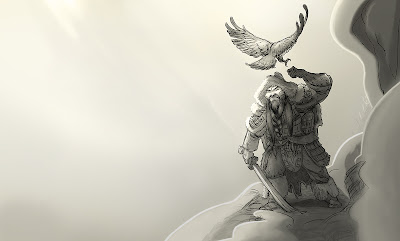 Just a late night doodle. I can never draw enough of these guys, hard as they are. I recently listened to all the Hardcore History podcast on the great Khans. Really interesting stuff. I imagine something like this when they cross the mountains into Europe to wreak havoc. Frickin bosses! Night!