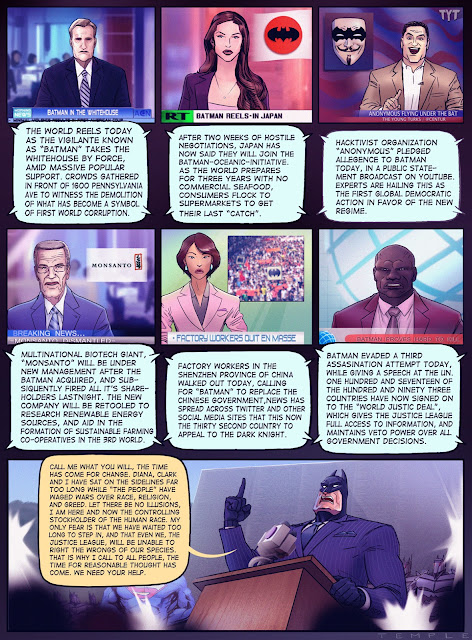 So I've been watching a lot of The Newsroom, which is an awesome show, and for some reason I thought of Batman. What with America policing the world again, or about to, I thought, wouldn't it be great if Batman did it instead? The guy's a paragon of virtue! So this is just a little fantasy I cooked up with totally half baked ideas about what he'd start with, and his attitude in such a case. My apologies to anyone this might offend, it is purely meant as a flight of fancy. (Which is what men in tights were designed for!)
Posted by Adam Temple at 12:28 PM

I really liked this part of the article, with a nice and interesting topics have helped a lot of people who do not challenge things people should know.. You need more publicize this so many people who know about it are rare for people to know this... Success for you.....!!!